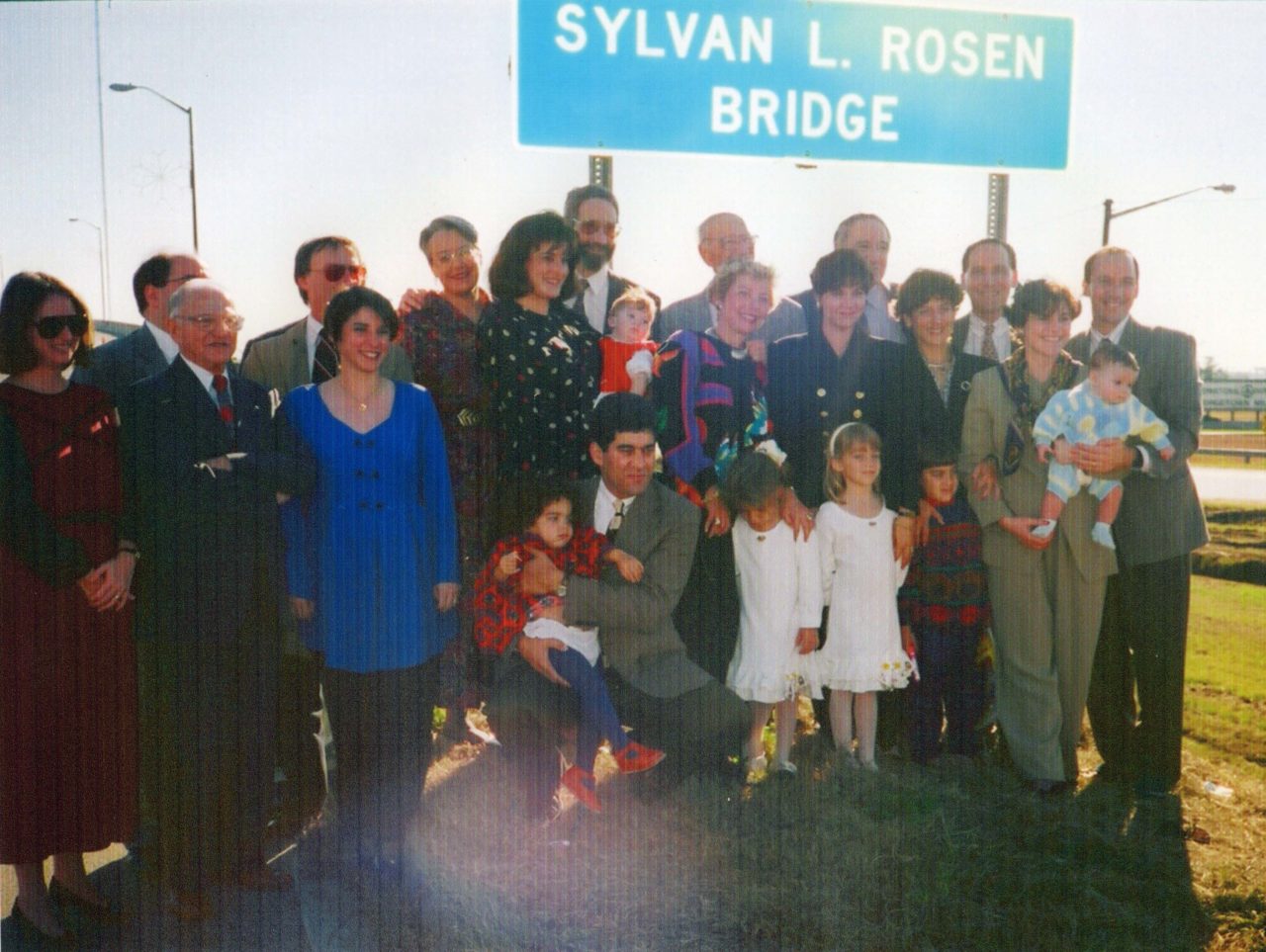 Three generations of the Rosen family gathered in November 1995 for the dedication of the new bridge crossing the Sampit River, named in honor of former Georgetown mayor Sylvan Rosen,seen here standing beneath the sign, flanked by sons Larry and Benedict. Special Collections,College of Charleston.

My family’s history in Georgetown begins around 1887 when my great-grandmother Sallie Weinberg Lewenthal, and her husband, Philip Lewenthal, relocated from Darlington, South Carolina. Sallie opened a store on Front Street selling baked goods, china, fine linens, and other merchandise. Within a few years she had built a brick building adjacent to the bakery for Dr. Myre S. Iseman’s drugstore. 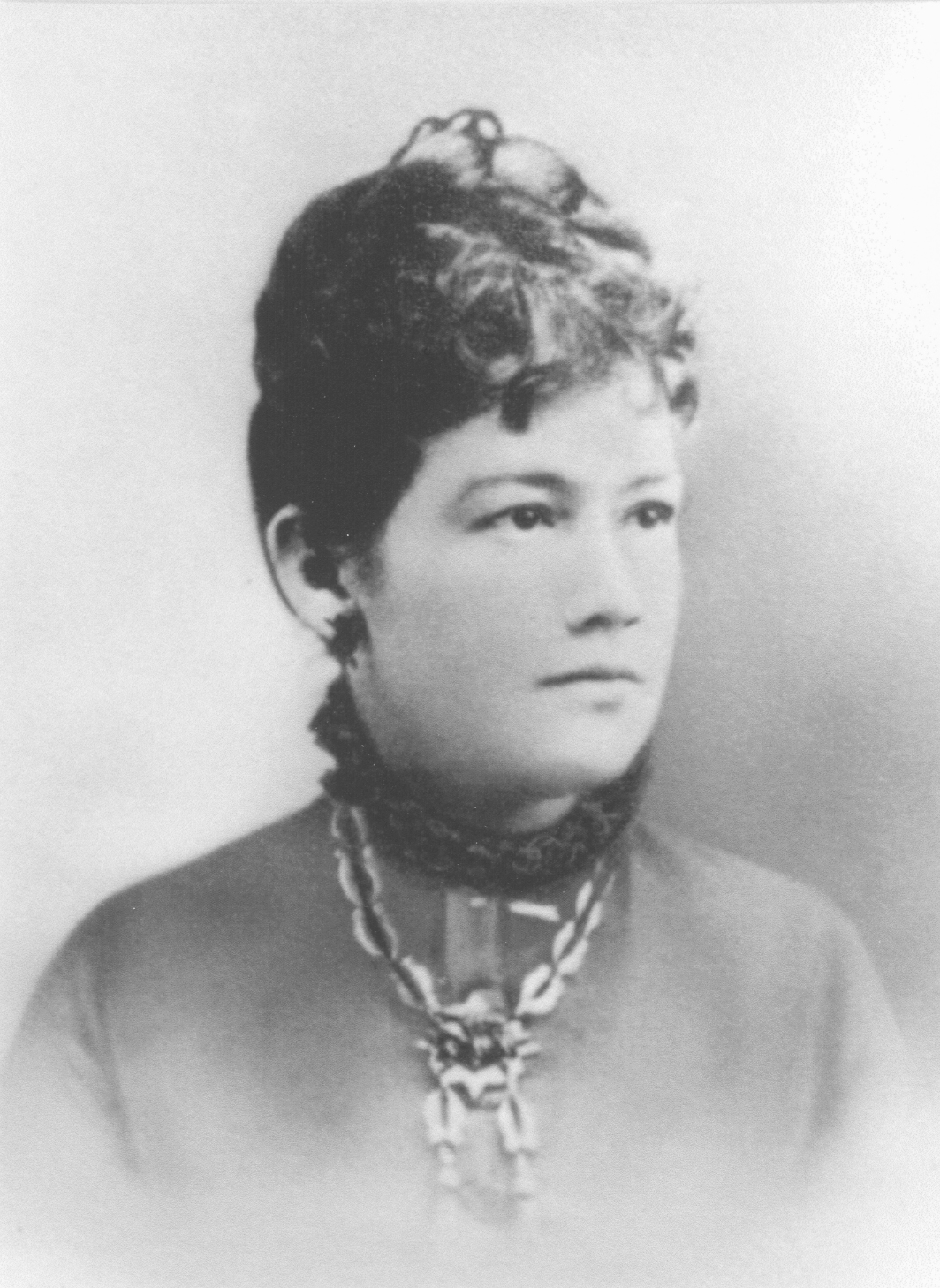 Born in Prussia, Philip and Sallie Lewenthal had four children: three in quick succession—Fannie, my grandmother Dora, and their brother Isaac—followed by another boy, Benedict, 11 years later. Fannie and Dora both attended Salem College, a liberal arts women’s college in Winston-Salem, North Carolina, founded as a primary school in 1772. The sisters married two gentlemen from New York: Dora married Harry Nathan Rosen and Fannie married Albert Schneider. The brothers-in-law started The New Store in Georgetown in the 1920s, initially selling men’s and ladies’ clothing, and later furniture and appliances.

Fannie and Albert Schneider had three sons; two went into the business and one became an attorney. My grandparents Dora and Harry Rosen had two sons, Sylvan, born in 1913, and Meyer, born in 1919. Both became attorneys, both served in political office, and each was awarded the Order of the Palmetto, South Carolina’s top civilian honor.

My dad, Sylvan, married Erma Levkoff in Columbia, South Carolina, in 1935, when he was in law school. Her brother Irving Levkoff was a classmate. The couple moved to Georgetown in 1936, soon after I was born. Sylvan started his law practice that same year, and my younger brother, Larry, was born a year and a half later.

Growing up, Larry and I attended religious services in the Winyah Indigo Society Hall. We had no synagogue until Temple Beth Elohim’s sanctuary was dedicated in 1950. We had religious school in people’s homes and later in the synagogue. I was the first bar mitzvah in Georgetown that anyone remembered. My brother and I had many friends but no Jewish friends. We were not aware of any anti-Semitism in Georgetown—that was true for our parents as well as for us. I remember spending Jewish holidays with my grandparents and parents. 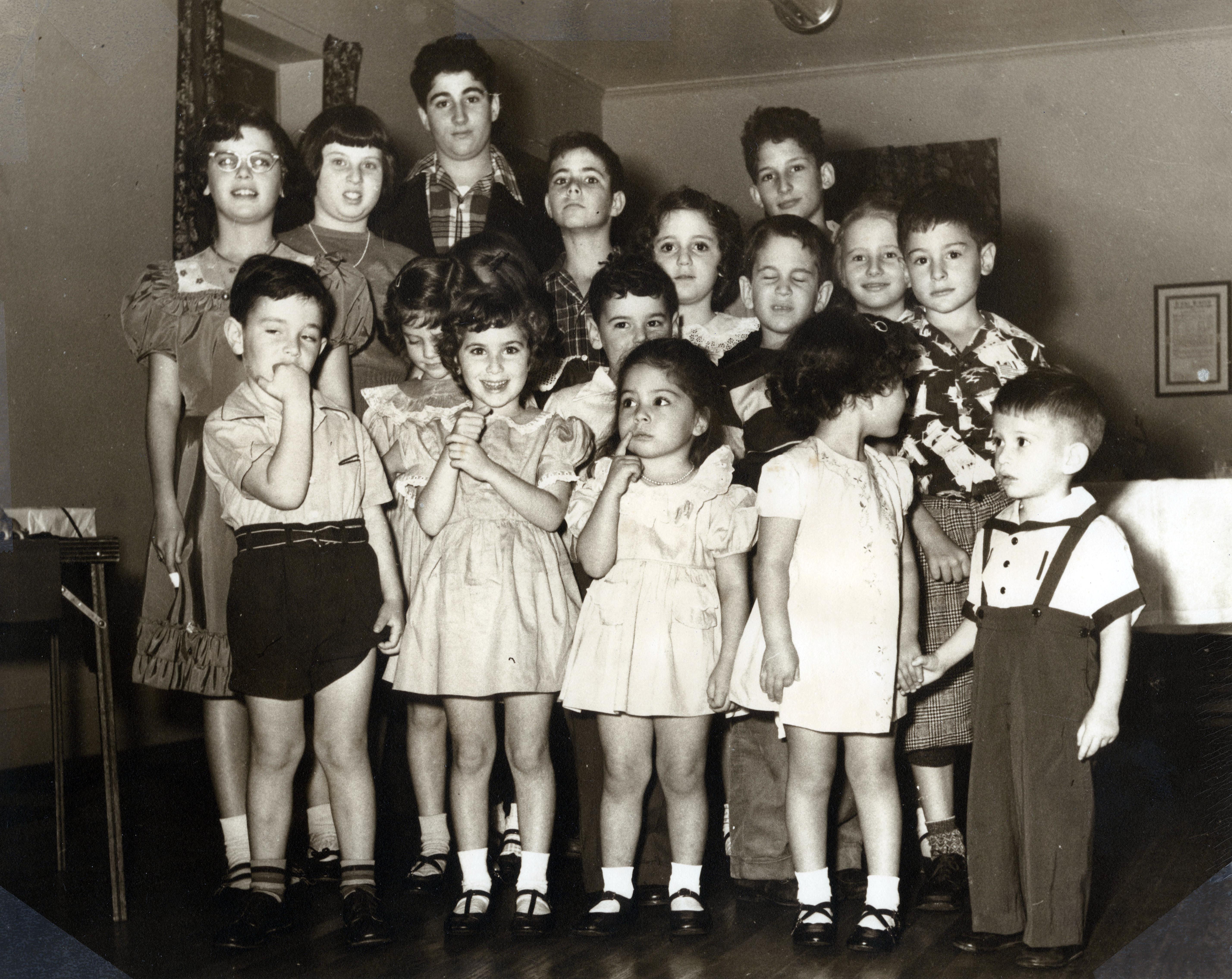 Our father was considered to be an excellent lawyer and well respected in Georgetown. First elected mayor in 1948, he served 13 years. Georgetown was struggling financially when he took office—the seventh Jewish mayor in Georgetown’s history—and he led the city through difficult times. As mayor he was responsible for annexing the neighboring community of Maryville; as a member of the development board he was instrumental in bringing the steel mill to Georgetown.

Sylvan later served as head of the highway commission and was county attorney for more than 40 years. He was the go-to person for many people, sought after for his advice and leadership. He raised funds for the state’s United Jewish Appeal (UJA) and served as president of the South Carolina Association of B’nai B’rith and of Georgetown’s Temple Beth Elohim. The year of his death, the bridges over the Sampit River as you enter Georgetown from the south were named for him.

My mother, Erma, was also very active in the community. She started the Red Cross blood drive, headed the program for many years, and was honored as the organization’s “woman of the year.” She worked hard for the temple and served as president of its Sisterhood.

Meyer joined Sylvan’s law practice soon after World War II and they remained partners until Dad died in 1996. The law firm Rosen & Rosen was considered to be first-rate.

Meyer married Lillian Rubin and they had three children—Mark, Phyllis, and Beverly. From 1963 to ’66 Meyer served in the South Carolina House of Representatives and was always well thought of. He is still around at age 97 and his daughter Beverly makes sure he is well cared for in an assisted living home in Charleston.

Beverly works for MUSC in Charleston and Mark with Blue Cross Blue Shield. Phyllis is retired from the IRS and lives in Chicago with her husband and son, Nathan.

My brother, Larry, lives in Austin, Texas, with his wife, Roberta, an educator. After moving to Austin more than 30 years ago they opened a school for children who needed help. When he retired as an accountant, Larry went to work with his wife in their school. They have two daughters, one in the Peace Corps and one in education in Charlotte, North Carolina. Each has one daughter.

My wife, Brenda, and I live in Myrtle Beach. In 2000 I retired as CEO of AVX Corporation and officer of Kyocera, a Japanese company that produces electronic components and other products. I continue to serve on the boards of Brookgreen Gardens and the Belle W. Baruch Foundation Trust, as well as the mortgage company of Carolina Financial Corp.

Brenda has been very active in Myrtle Beach, working for years with Belk, serving on many committees at the Dunes Club and other volunteer boards, and taking superb care of my parents in their last years.

Brenda was born in Haverhill, Massachusetts, to Rose and Joe Wekstein from Russia and Poland. She and I both grew up in families who were advocates of Jewish causes, and we in turn have been supporters of Temple Emanu-El in Myrtle Beach, as well as Temple Beth Elohim in Georgetown. We feel this is important and what our parents would have wanted.