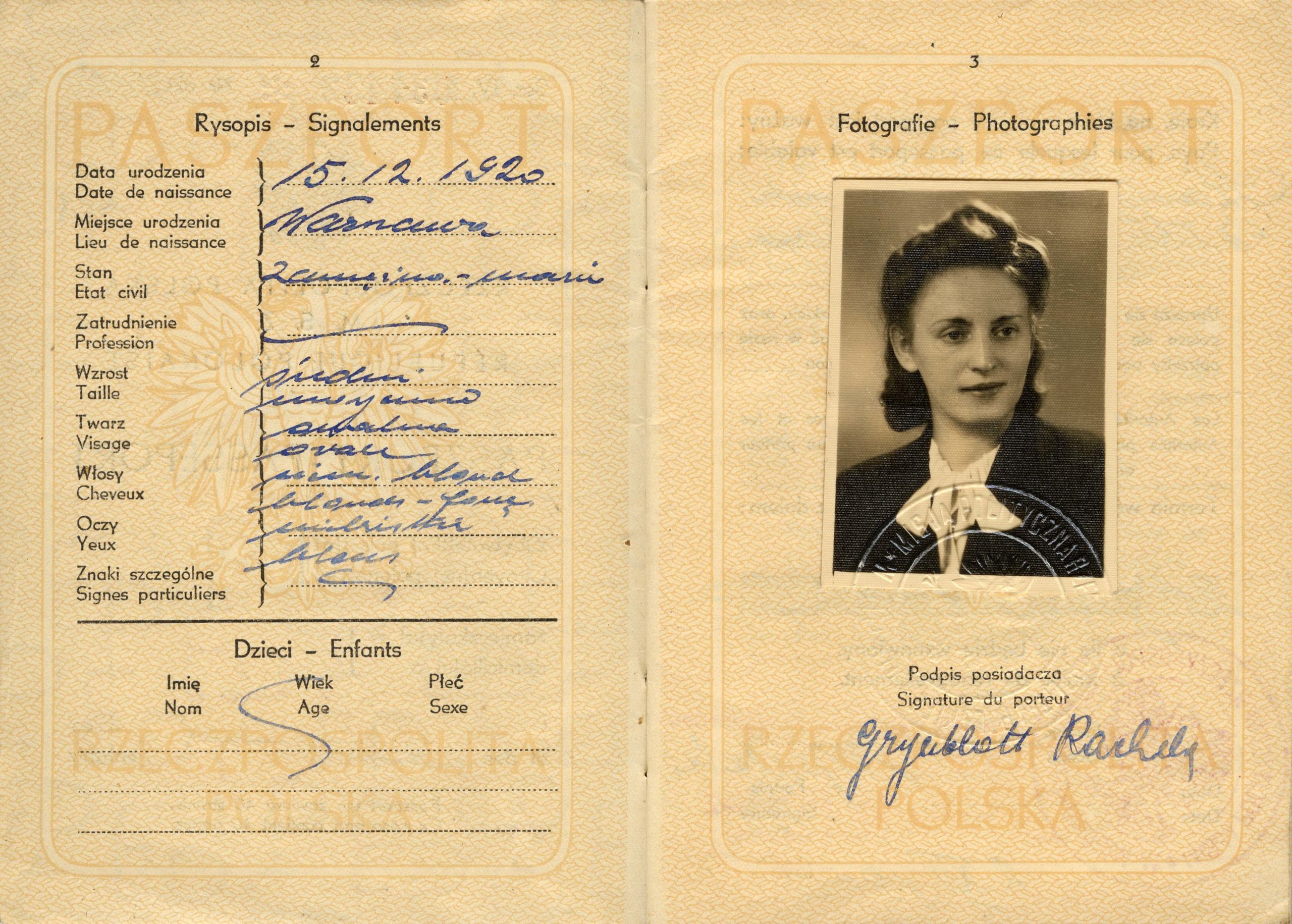 In her Polish passport, Regina Kawer Greene is listed as Rachela Grynblatt, born in 1920. Special Collections, College of Charleston.

I always knew there was something different about my mother that set her apart—not just from other mothers, but from other people, too.

First, there was her accent—her Eastern European and yet slightly nasal French manner of pronouncing things. Like Edith Piaf, the little sparrow, my mother was a tiny woman, who stood five foot one (taller in the high heels she always wore). She was full of self-confidence and fierce in her delivery of any message, whether it was love, or something else. When she was angry, you knew it, and then the wrath passed like a violent storm, and you were wrapped again in the warmth of her unconditional love and acceptance.

She loved us in a way that maybe, again, was not like other parents. She was not southern, not sentimental, not particularly physical in her affection; her love blazed in her spark-blue eyes when she spoke to us, expressing her own intense affection and intelligence and challenging us to return it. If I came home bragging of a 99 on a test, the inevitable question was, “Who got a hundred?”

At the furniture store on King Street she and my father owned, she befriended the African-American customers and workers, demanding they strive to get ahead. In shul, she looked down on me like a beneficent goddess, hatted and in sleeves, even on the hottest Yom Kippurs. (European, she would never leave the house without being extremely well dressed.) Yet she’d storm out and cause a scene if she detected hypocrisy on the bimah, in the benches below, or in the balcony. She was much too frank, many said, always on a slow burn like one of those cigarettes (first Pall Malls and then the long black mentholated Mores) she smoked ceaselessly. She denied herself most pleasures (except reading, which she deferred till late in the day) and never tried to guilt-trip us, though I think she was consumed with guilt herself. 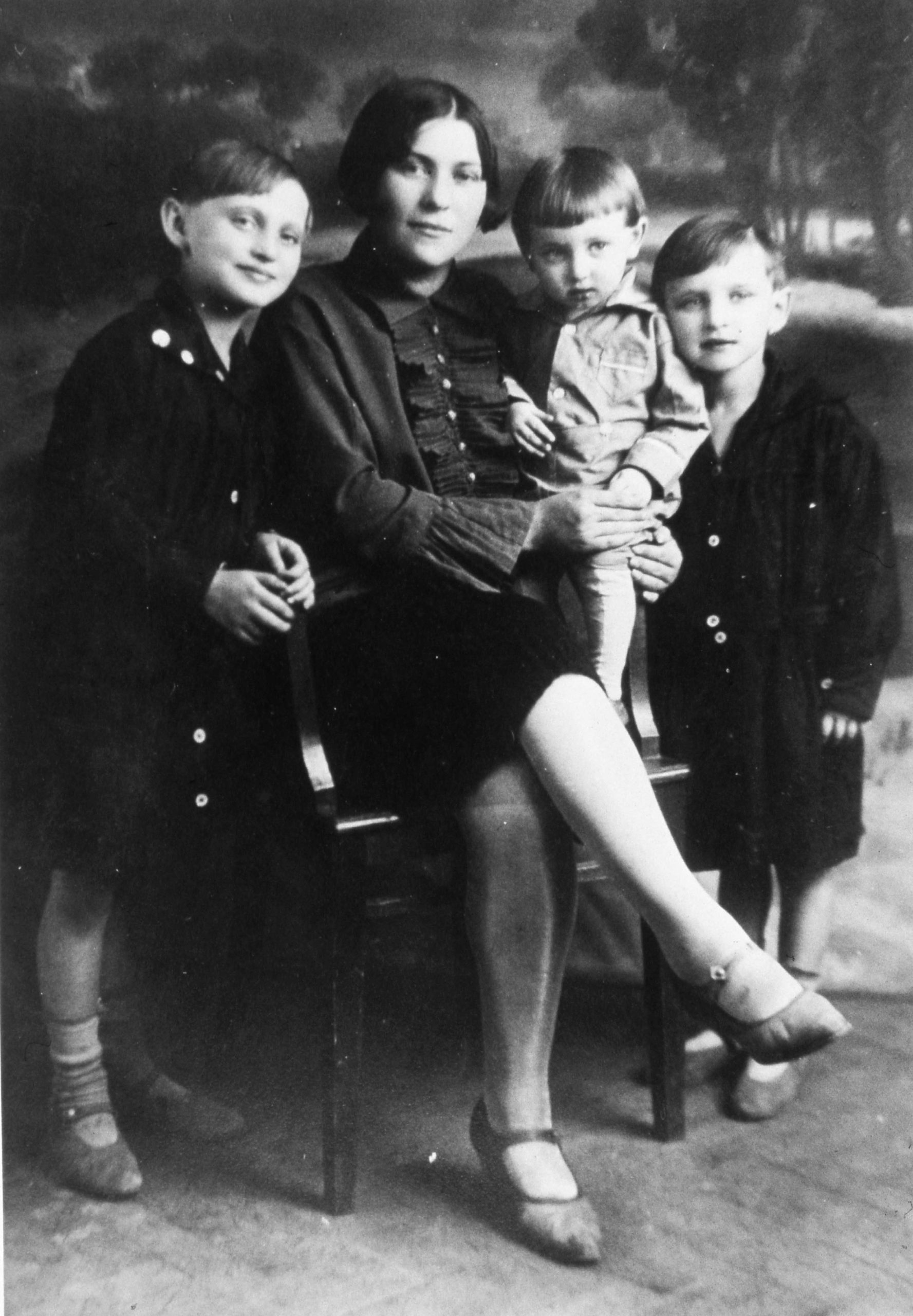 It was survivor’s guilt. For someone who spoke so directly about what was on her mind, she was always tight-lipped about her past. Born in Warsaw to a middle class Jewish family, she was left wing, attracted to my father, a poor working class youth from a shtetl. They married in June 1939 and were still in Warsaw as the German bombs fell and tanks rolled in. My father went east to his village, where my mother eventually joined him. A blonde with blue eyes, she could “pass.” I’ll never know exactly what happened, but there were mentions of guns smuggled in hay wagons, working in the underground, and her firstborn who died. She told me she had to bury him in a Jewish graveyard in stealth one night by herself. “Where was that?” I asked when I was about 13. She could not remember, she told me.

Her family, except for her sister, blonde hair and blue eyed, too, died in camps. My mother fussed at my father when he began to speak of the past. All his stories were about himself, until the day of my mother’s funeral. It was then that my father, not a very emotional man, collapsed in my arms, sobbing that he could not count the number of times she saved his life.

When she survived breast cancer, she became a breast cancer volunteer immediately, helping other women adapt. She monitored politics incessantly, pursued social justice as zealously as she cleaned, and aged much too quickly. She would have nothing to do with Holocaust memorials, or with the survivor groups championed by her cousin Ben Mead. She told me there were too many holocausts still happening. Besides, thinking of Europe and the past brought up too many memories.

My mother died at age 69. And the thing I remember most from her funeral was how sparsely it was attended. It dawned on me then that there really is very little justice in the world—a woman of valor (the words on her tombstone) such as she should have attracted the hundreds she had helped quietly and discretely. Looking back, I have to think that even in death, she was teaching me. She had known, firsthand, the lack of justice in the world, but she taught that should not stop us from seeking it, as passionately as she smoked, and loved, and cleaned.