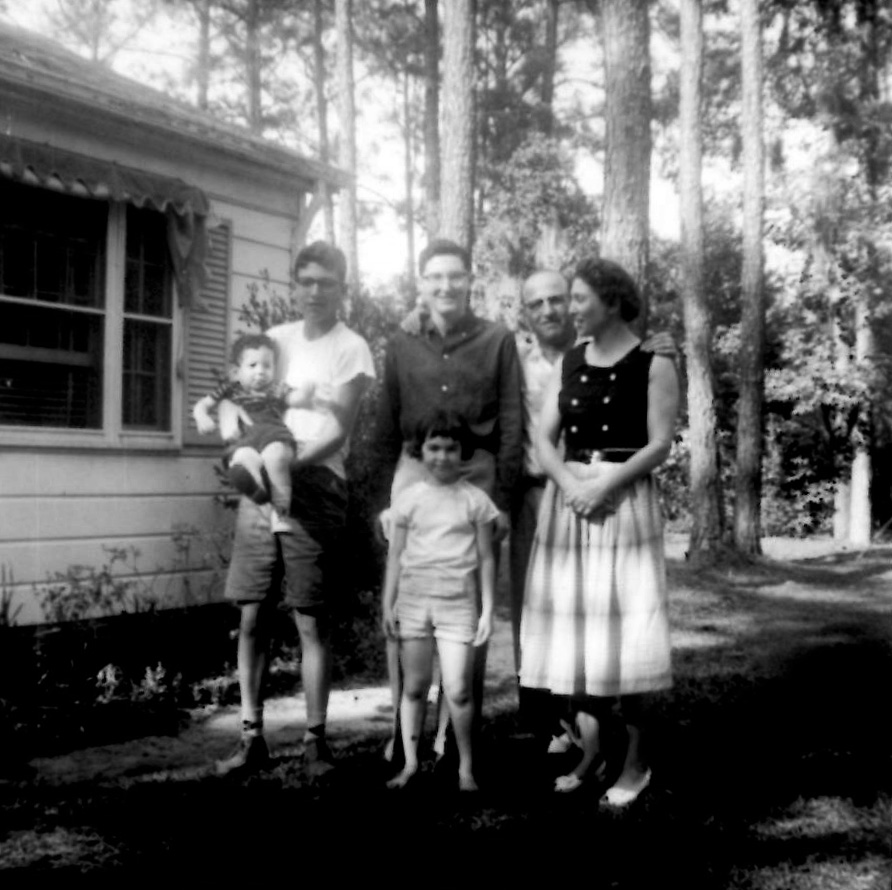 Louise Levi Marcus: Behind the Counter in Eutawville, SC

By: Ernie Marcus and Robert Berger

Eutawville, the little town I grew up in, represents a microcosm of how Jewish women ended up behind retail counters in the South. The women in my family, from cousins to my grandmother and, finally, my mother, Louise Levi Marcus, each found herself working in a store to support the family. It must have been hard for my mother, a well-educated, sophisticated woman raised in a decidedly proper, Victorian family in the Upstate town of Abbeville, to acclimate to the tedious routine of working in the store. 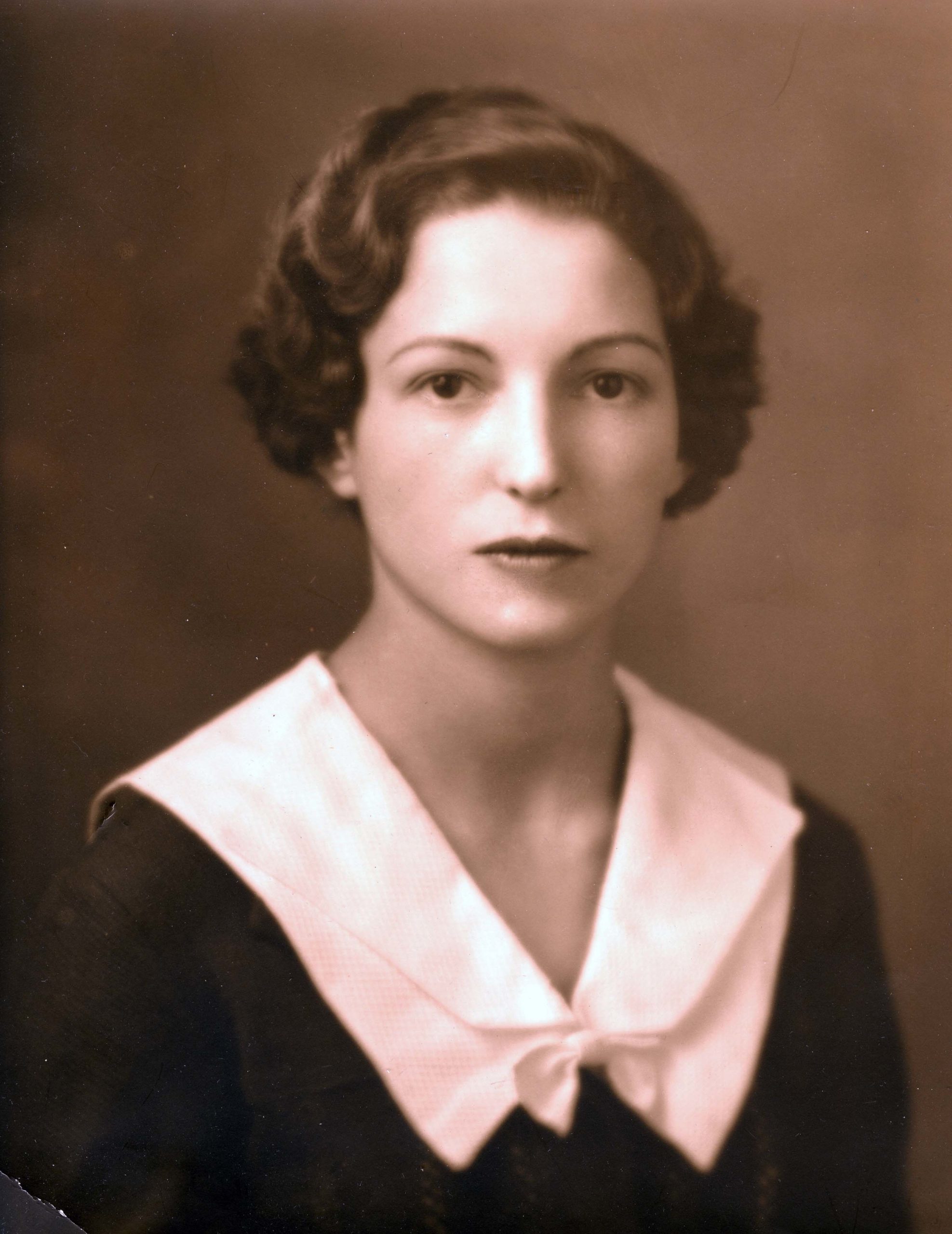 Marcus Department Store was founded by my immigrant grandfather, Morris Marcus, in 1901; his death 16 years later left his wife, Janie, to support their two sons. My dad, Harry Marcus, was involved intermittently in the business until after his service in World War II. So, from 1917 to her death in 1962, my grandmother was running the store. Her niece Marie Karesh, who never married, operated her own store a few doors down until her death in 1975. Two of Janie’s sisters, Katie and Mary, worked alongside their husbands (Abe Karesh and Moses Cohen, respectively) in separate general and grocery stores along Porcher Street in Eutawville. 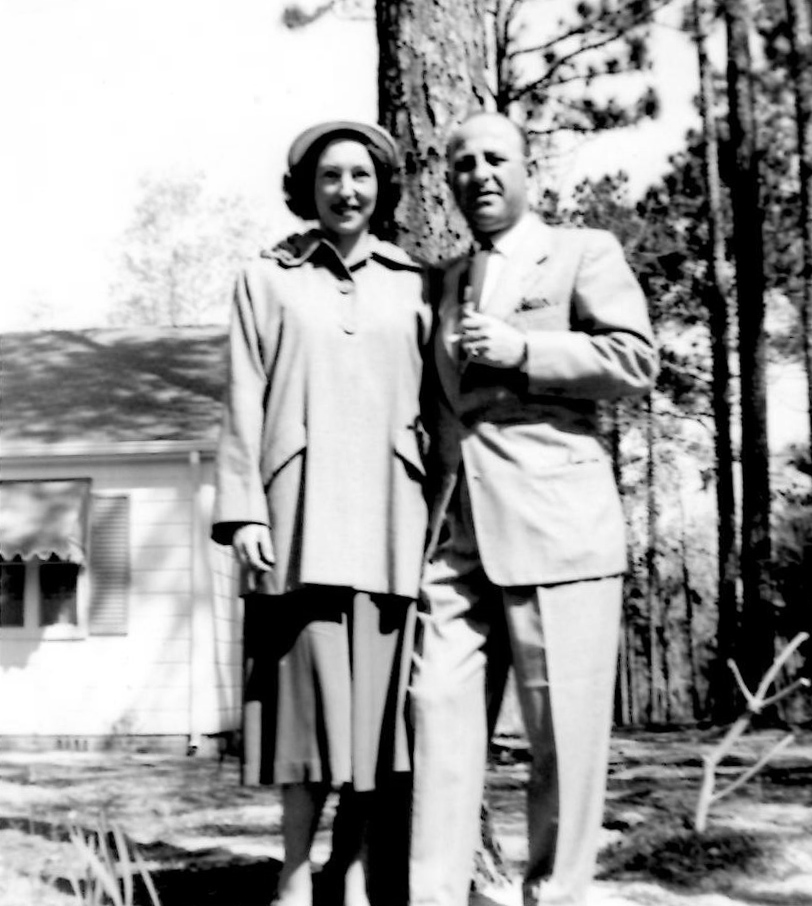 Louise Levi Marcus and Harry Marcus in the yard of their Eutawville, SC, home, 1951. Courtesy of Ernie Marcus.

My mother married into the Marcus family in 1949 after her divorce from Manuel Berger, with whom she had sons Arthur and Robert. My sister, Ellen, and I came along in the next decade. Among the four of us, Marcus Department Store had an auxiliary workforce, off and on, from the 1950s to the ’70s. My siblings and I spent many Saturdays and some weekdays waiting on customers, straightening out lay-away packages, and putting away new inventory. Mom did not work in the store during the early years, but after Janie’s death my parents immediately began to modernize the store inventory and presentation.

When I got a bit older and more able to fend for myself, Mom spent most Saturdays in the store, kibitzing with the clerks and the customers. She would go on buying trips with Dad to wholesalers in Charleston and Savannah with a focus on women’s fashions. Dad often deferred to her sense of style. Mom’s extended family had been running retail businesses in South Carolina since the 1850s, with stores all over the state, including Rosenberg’s Mercantile Company in Abbeville and Greenwood, Moses Levi’s Emporium in Manning, and shops operated by King Street merchants Moses Winstock and Julius Visanska in Charleston. 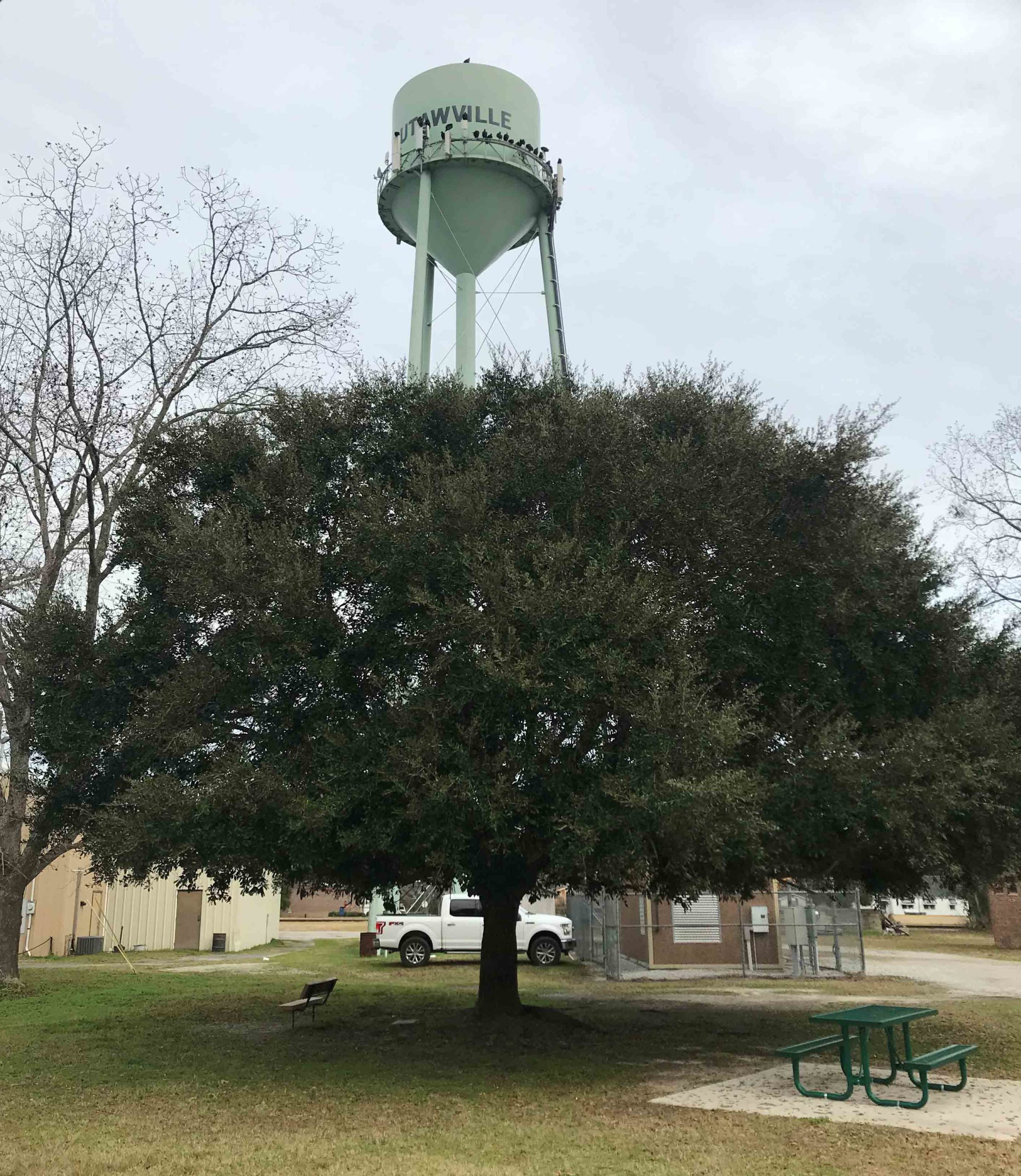 View of the Eutawville water tower, built during Harry Marcus’s term as mayor, and the Spanish oak tree planted by the Eutaw Garden Club in honor of Louise Levi Marcus. Courtesy of Ernie Marcus.

Mom’s passions, however, were elsewhere, and she invested her time in community organizations and intellectual pursuits. She was a long-time leader of the Eutaw Garden Club, which she belonged to for more than 35 years. Upon her death, the Club planted a Spanish oak and placed a plaque in her honor in the shadow of the water tower my father is credited with building during his 23-year term as mayor.

While Mom had no official duties as First Lady, she attended municipal conferences in the state and a mayoral conference at Expo ’67 in Montreal. She also took charge of getting clothes from the store whenever there were burnout victims (the old wooden shotgun houses around town were real tinderboxes). She and Dad were also known to befriend visitors (usually lost) who happened upon the store, in some cases inviting them back home for a good southern meal. She also dedicated herself to the South Carolina Archeological Society, the Caroliniana Society, the South Carolina Historical Society, the Orangeburg Arts League, and was a member for at least three decades of her bridge club with mostly the same group of ladies.

Mom spent hours and hours walking along the shores of Lake Marion, usually with kids in tow, searching for Indian artifacts that washed ashore from the ancient villages that once dotted the Santee River. Over the years she accumulated an impressive array of arrowheads and pottery, as well as antique bottles.

Reflecting on Mom’s collections, the poems and plays she wrote as a school girl, the paintings she created in college and for some time afterwards, her library, her education at Agnes Scott and the University of South Carolina, where she earned her English degree, and her discerning eye when reviewing her children’s school papers, it’s obvious she had many talents. These were on display as she wrote wide-ranging comments to Ashley Cooper, the columnist for Charleston’s News and Courier, sometimes involving local fauna, flora, and tidbits, the majority about language and its dialectical peculiarities as practiced in South Carolina by both white and black residents.

My mother was a pillar of the community and a curious, creative mom for me and my three siblings. Still, I have to wonder if she ever found herself dreaming of another life, beyond the counter of the store in small-town South Carolina.

Mom hated the store. It was dirty and dark, and she found the work boring. She was a wonderful cook, wife, and mother, which was a full-time job. She loved the outdoors and hard physical labor. My step-dad, Harry Marcus, inherited from his mother a 50-acre sharecropping farm, run by the family of Isaac Washington, just outside Eutawville. Mom worked a two-acre vegetable plot there, as well as a home garden, planting Park catalogue seeds and picking the crops. She canned and froze all sorts of vegetables, such as corn, lima beans, and string beans, so we could eat them year round. She was an inspiration to the Garden Club members as she could name any plant—and knew the Latin words for most—and describe its features. 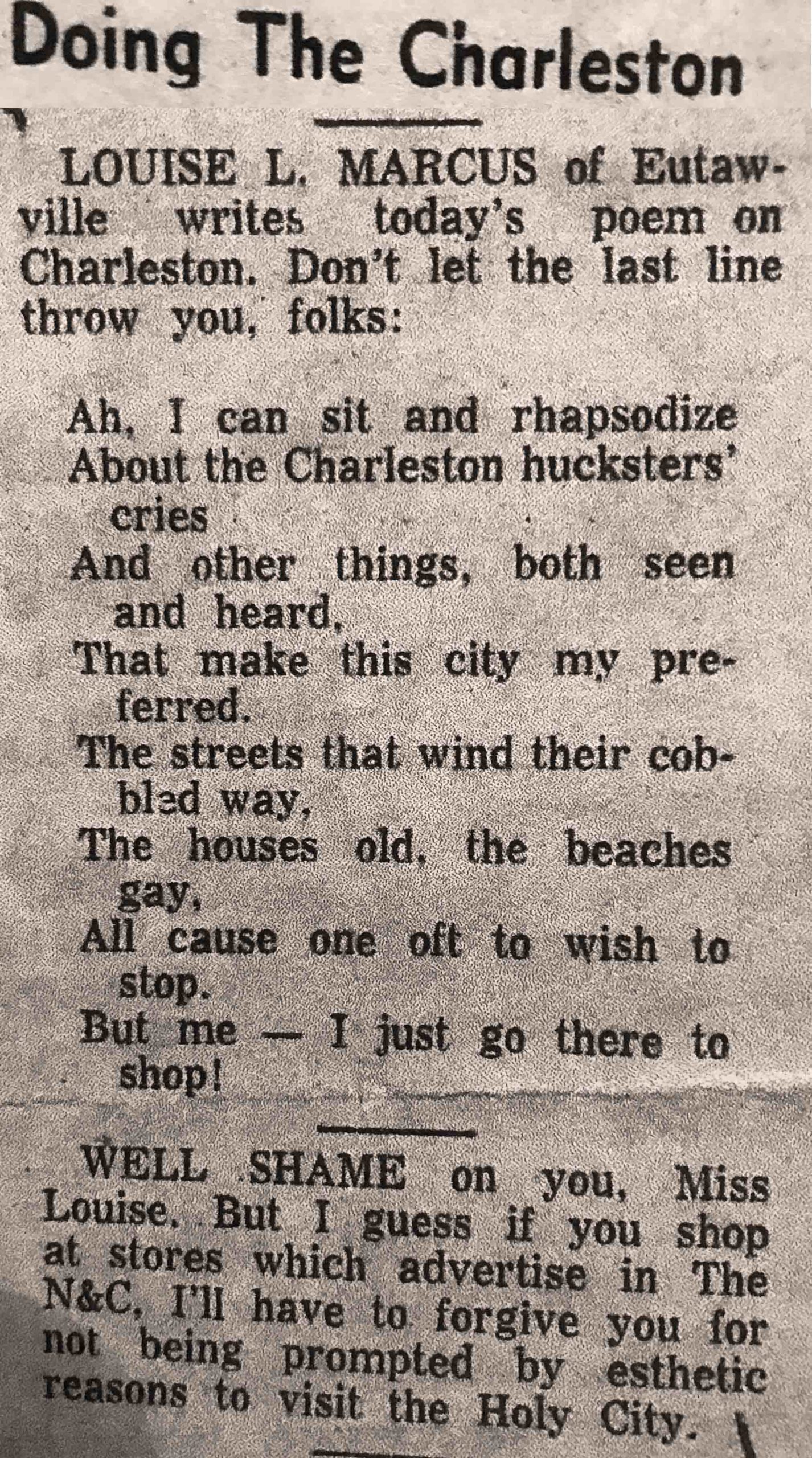 Mom’s best friend, intellectually, was the African-American superintendent of schools. He would come by the store and they would talk for hours. They were both voracious readers and discussed everything. She confided to my brother Arthur and me that he was “certainly more intelligent than any white man in the area.” Her intelligence was amazing. I would open the dictionary and try to stump her. I would not be successful. She knew virtually every word’s spelling and definition.

The people of Eutawville loved our mom for her generosity and kindness. She helped our African-American neighbors and encouraged everyone to open their minds and understand one another. She never tolerated racist talk and was seen by all as a beacon of purity and love.

The bridge club was a talk-a–thon for women—not a serious game. The only thing that was competitive was the quality of the snacks served. The store was not very busy, usually, and we eked out a living. Mom and Harry spent very little money while Arthur and I were young. They didn’t have much and never complained. It was a poor area and we had a roof over our heads, enough to eat, and ambition for the future. Mom was proud of her children until the day she died.