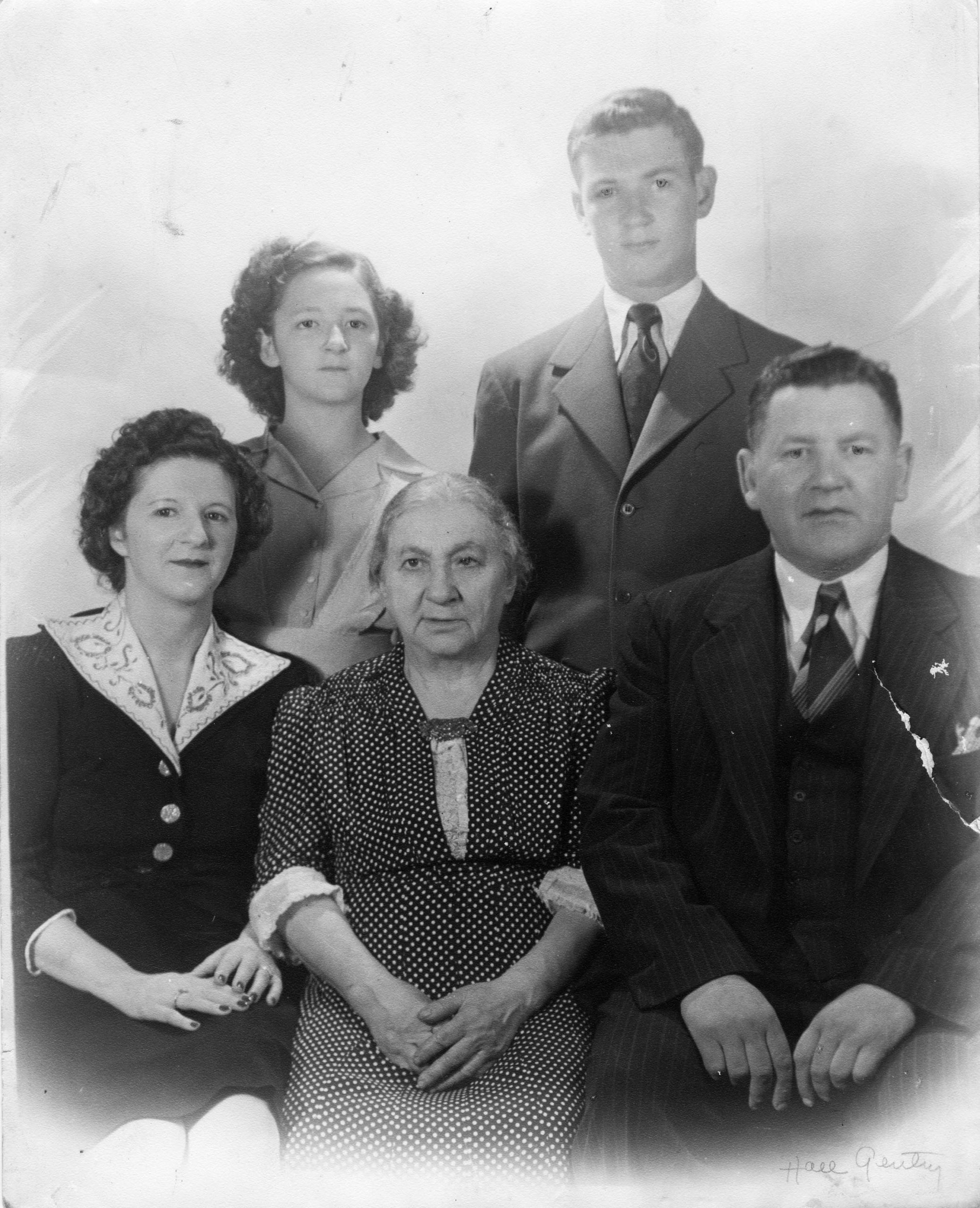 A Legend in Her Own Time: The Life of Libby Levinson

The story of my mother, Libby Friedman Levinson, is of a woman who faced life’s challenges with courage and resilience. In 1918, at the age of eight, she traveled from Poland to Charleston, South Carolina, accompanied by her mother, two sisters, and a brother. Financial circumstances were dire. Libby quit school at age 14 and found a job cleaning a ladies’ dress shop. Little did she know, ladies’ dress shops would be her destiny. 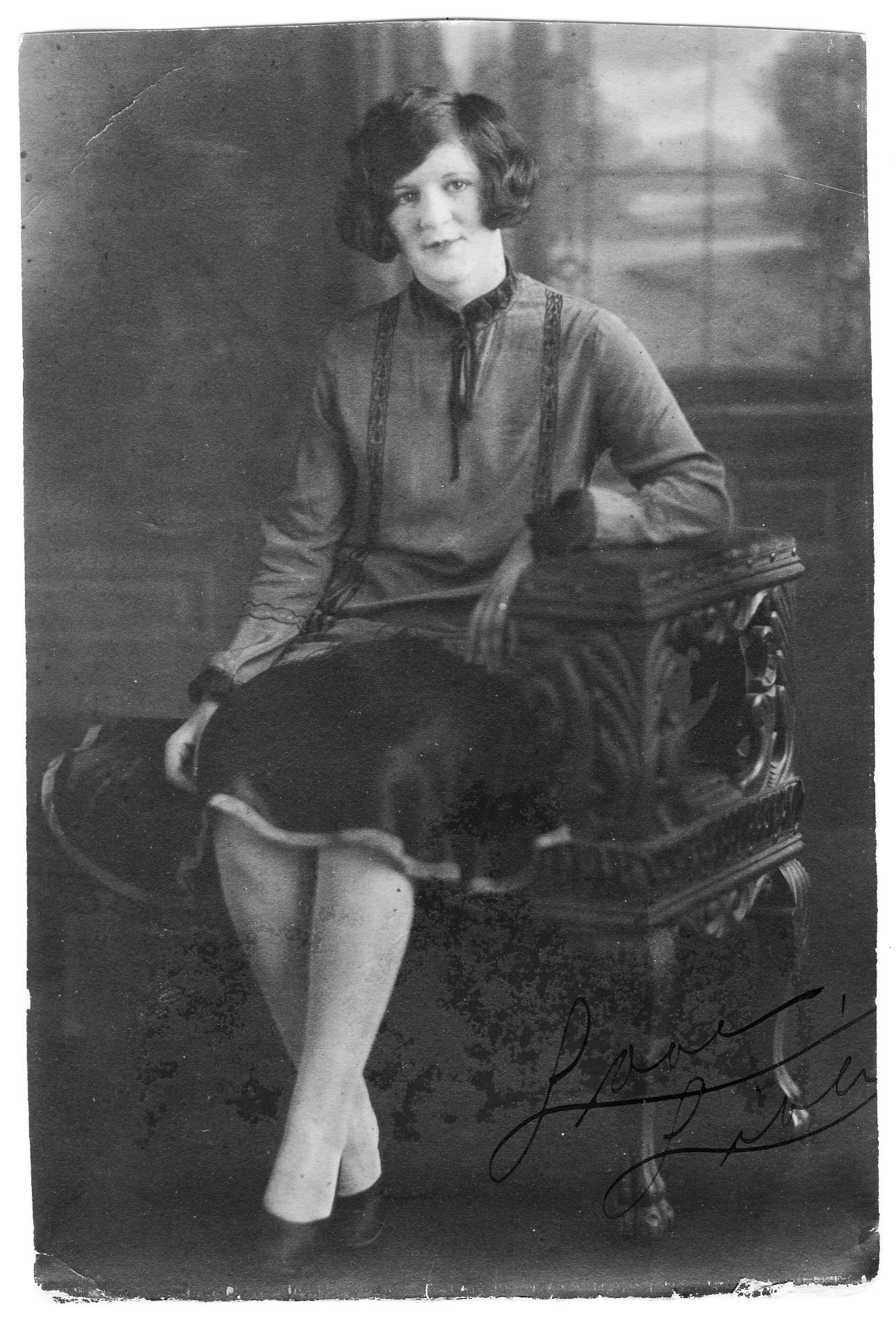 Life was difficult but there was still a little time for fun. At a party, a young blond man asked her to dance. She refused, thinking he was not Jewish. After she realized her error, their romance blossomed. Libby and Charles Levinson were married on February 27, 1927, in Holly Hill, South Carolina.

The newlyweds opened their first store in Branchville, South Carolina. Her sisters lived nearby. Annie Lourie operated a store in St. George and Minnie Kalinsky lived in Holly Hill. 1927 was not a good year to start a new business and the Branchville store failed. Next they tried North, South Carolina; then Marion, North Carolina; and then Tocoa, Georgia. In the midst of all the failures, Arnold Milton Levinson and Margi Cecilia Levinson were born.

In 1932, at the height of the Great Depression, Libby had had enough. She was determined to build a better life. No more North Carolina or Georgia—she was moving back to South Carolina. Charlie chose Barnwell. In 1933, the Levinsons finally found a winning location. The Leader, a ladies’ and men’s clothing store, became a huge success.

As business conditions improved in the ’40s and ’50s, Libby became somewhat of a legend. Women came from all over lower South Carolina for Libby to dress them—from Bamberg, Denmark, Fairfax, and Estill.

Every Sunday, Libby and Charlie went to the wholesale houses in Charleston, Augusta, and Savannah, searching for merchandise. Libby could not find the fashions she knew she could sell. Instead, they returned home with kosher meat from Zalkin’s and delicatessen from Mazo’s. 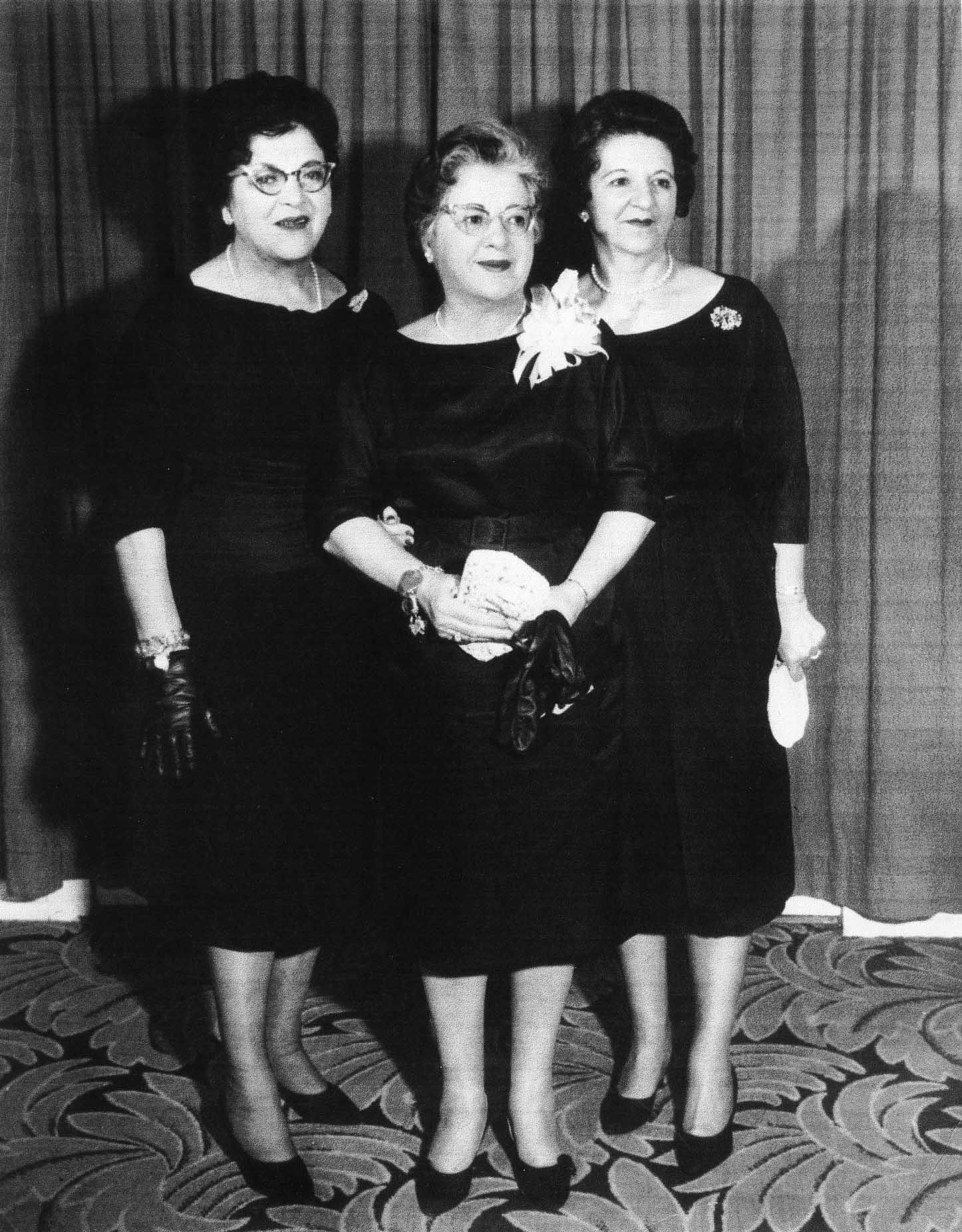 In search of the latest styles, Libby, age 29, and her sister Annie made their first buying trip to New York City in 1939. They boarded the Seaboard train in Denmark and sat up all night (a Pullman was not affordable). War was coming to Europe and merchandise was hard to find. Nothing, however, stopped the sisters. Beautifully dressed in their hats and gloves, they went from the Lower East Side to Upper Broadway. Because they were shrewd and relentless, they excelled in their businesses beyond expectations.

The United States entered World War II in December 1941. The army opened a radar school and a German prisoner of war camp in Barnwell. Jewish soldiers were stationed at both facilities. The Levinson home became a Jewish USO. The Passover Seders were unbelievable, some years with 20 or 30 servicemen in attendance. Charlie conducted the Seder with Libby continuously correcting his Hebrew. Libby always concluded the proceedings with a rousing Chad Gadya! [Chad Gadya, which means “one little goat” in Hebrew, is a playful song sung at the end of the Passover Seder.]

Libby was not the typical mother or wife. She never cooked a meal or mopped a floor. She did not read bedtime stories or sing lullabies. To compensate, Libby’s mother, Baila, lived with us. Baila would travel to Holly Hill and St. George, but Barnwell was her home. She was strictly Orthodox. We had no synagogues or Hebrew school, but we had our grandmother. Ours was a kosher, Jewish home.

Libby and Charlie established a warm relationship with the black community. They extended credit to African-American customers when other stores did not. The Leader was one of the first stores in lower South Carolina to encourage black people to try on clothes in the fitting rooms.

Libby rarely compromised her Judaism. In a small town, Saturday represented 50 percent of the week’s business and the store had to stay open. But Libby would not ride on Shabbos. Rain or shine, she walked from home to the store and back. On the way, you could hear passersby call out, “Hello, Miss Libby!”

The Christian community had great respect for Libby’s commitment to her faith. The Levinsons were invited to join the country club and the bridge club. Libby graciously refused. However, you would always find jars of matzo ball soup and noodle kugels at the church bazaars. Grandmother had taught our housekeeper, Lovie, to be a fabulous Jewish cook.

After 40 years in business, Libby and Charlie were aging. Charlie had suffered serious wounds in World War I. While he went to veterans’ hospitals for weeks at a time, Libby met the challenge and managed the store on her own.

Libby had always dreamed of living in a Jewish community. Arnold was in Columbia. Margi was in Charlotte. Six grandchildren were added to the family. Libby would not leave South Carolina. So, in 1967, Libby and Charlie sold the Leader and moved to Columbia. Libby made adjustments, but in truth, her heart remained in Barnwell.

During retirement, Libby played cards and went to synagogue, but her happiest days were spent selling dresses part-time at Arnold’s store, Brittons. There she could do what she did best. And Charlie had his own throne from which he could kibitz with the customers and smoke his cigarettes.

Charlie died in 1983. Libby was deeply saddened, but she knew she had been loved unconditionally for 56 years. Libby was 73, a handsome, engaging woman with a keen mind, politically savvy and an ardent Democrat. She died on May 10, 2000, at the age of 90.

I have much to thank my mother for. She taught me to work hard, think for myself, fight for what I believe, never stop learning, and to truly love being Jewish. As the years go by, we will tell Libby’s story—a story of a woman who faced life with determination, commitment, independence, and courage. May her name be a blessing for generations to come. L’dor v’dor.