From Pineland to Flowertown: Jewish Merchants of Summerville

Seymour Lynch, 1950s, enjoyed sitting in the sun outside his liquor store at 120 Central Avenue, Summerville, SC, while waiting for customers. He was in the habit of stacking boxes on the sidewalk to show he was open for business. Courtesy of the Lynch family.

The first settlement of Summerville, known as Pineland Village, began after the American Revolution, its development fueled by Lowcountry planters eager to escape the heat, biting insects, and disease environment of the coast. Officially, Summerville became a town in 1847. By 1899 it was considered one of the world’s two best places for the treatment of lung and throat disorders because of its dry, sandy soil and the prevalence of pine trees. Even today, the town’s official seal reads “Sacra Pinus Esto (The Pine is Sacred).”

My grandfather Samuel Lynch came from Poland through New Orleans to Charleston, where he met and married Pauline Wolper, who had emigrated, also from Poland, to South Carolina as a child. In the 1930s Samuel purchased several buildings on a stretch of Central Avenue (now a pedestrian-only segment popularly referred to as Short Central) in downtown Summerville and commuted from Charleston. He started a dry-goods business called Summerville Bargain Store, selling work boots and pants to the men building the Santee Cooper hydroelectric plant during the New Deal. After Prohibition ended in 1933, he also opened a liquor store. When Samuel died, my father, Seymour Lynch, inherited both businesses.

My grandfather was one of the first individuals in Summerville to lease buildings to African Americans, specifically to two barbers, Mr. Bryant and Mr. Pinckney. As a child during segregation, I remember that Mr. Bryant’s barber shop catered to whites and Mr. Pinkney served a black clientele. Ironically, one of the buildings my family owned was next door to where the Ku Klux Klan met in the 1930s.

My mother, Marjorie Levy Lynch, a native New Yorker, married my father in 1959 and they decided to live in Summerville. By 1964 my parents expanded their businesses and opened a department store called Seymour’s, while continuing to operate the liquor store. The businesses were located across the street from each other. My father would be working in the clothing shop, and when a customer walked into the liquor store, an employee would yell, “Seymour, you have a customer in the liquor store,” and he would run across the street.

Since our residence was only one block from the stores, our lives revolved around the businesses. On Saturdays, while my parents worked, my brother, Paul, and I would ride our bicycles to the stores and hang out with our friends. Periodically, our neighbors invited us to attend Baptist Bible study. When we started singing Christian hymns, my parents decided it was time to send us to Charleston Hebrew Institute, later called Addlestone Hebrew Academy, under the auspices of the Orthodox synagogue Brith Sholom Beth Israel.

During our teenage years we continued to commute to Charleston to attend high school at Porter Gaud. However, it was important that we always stop by the stores on Friday afternoons to help our parents. My fondest memories were those Fridays. My father would cash hundreds of paychecks for the blue-collar workers, many of whom could not write or did not have a bank account.

The Alcohol Blue Laws created a mini-industry of bootlegging; retail liquor stores were closed after sunset and on Sundays. My father capitalized on this market and became one of the largest distributors of liquor to the bootleggers in Dorchester County. My brother and I would load hundreds of cases of half pints into the cars and trucks of the bootleggers for their weekend sales.

Summerville was a very tolerant community and welcomed many Jewish families. Marcus Barshay, an immigrant from Riga, Latvia, got his start in America running a dry-goods business in Orangeburg in 1897. In 1905 he relocated to Summerville and opened a men’s clothing store on the town square. Five years later he moved his business a couple of doors down into a building previously occupied by another Jewish merchant, Solomon Mirmow, who owned a considerable amount of property in town. Marcus and his wife, Dora Rosenbaum Barshay, had two sons, Aaron and Sammy, who took over the business called Barshay’s when their father died in 1942.

Around 1900 an immigrant named Saul Alexander from Dnepropetrovsk, Ukraine, Russia, moved to Summerville and worked at Mirmow Dry Goods Store. In 1914 he opened his own business, also selling dry goods. During the hard times of the late 1920s and ’30s, Saul Alexander and Marcus Barshay were private bankers, providing loans for people to buy homes. When Alexander died in 1952, most of his estate went into the Saul Alexander Foundation, which continues to provide annual grants to charitable organizations in Summerville and the greater Charleston community.

My father’s uncle Isadore Wolper moved to Summerville with his wife, Janette Jacobs Wolper, in 1946. Newly married, they had the idea of opening Dorchester Jewelers as the first jewelry retailers in town. Their shop was on Short Central in a space they rented from my father and grandfather until 1961, when they moved into their own building at 138 South Main Street. 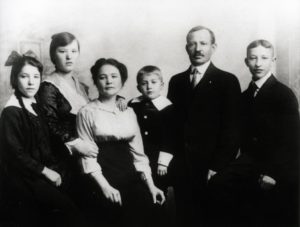 Retiring in 1989, Izzy, as he was fondly called, and Janette were highly regarded and active in the community. They became longtime members of the Lions Club and Summerville Chamber of Commerce. Serving as president of both organizations, Izzy was recognized posthumously for his dedication to the Lions. Janette volunteered as a board member of the Dorchester County Library and accepted numerous invitations over the years from church groups to share her insights about Jewish holidays and rituals. Before we were old enough for our parents to put us to work in their stores, my brother and I spent many Saturdays playing with our cousins. Our families would also celebrate many of the Jewish holidays together.

Around 1900 Etta and Moses Kramer came to America from Prussia and opened a produce market in Summerville on the site where their son Isadore Kramer later built his drug store. Kramer’s Pharmacy was a town landmark noted for its ice cream counter. Many Jewish families from Charleston would take a day trip to Summerville on Sundays and enjoy a sundae from Kramer’s.

Like the rest of the Lowcountry, the Jewish population of Summerville is expanding at a significant pace, attracted by industries such as Volvo and Mercedes, as well as the Del Webb retirement community Cane Bay Plantation. As of December 2016, more than 50 Jewish families reside at Del Webb. More than 30 young Jewish families in metro Summerville are receiving free Jewish children’s books from PJ Library, a Harold Grinspoon Foundation program that partners with local philanthropists and the Charleston Jewish Federation to encourage reading in the home. My family and I, though we all now live in Charleston, are still active in our hometown  through our association with Summerville DREAM, a non-profit organization dedicated to the revitalization of the downtown area. As property owners, we also consult with several economic development committees. 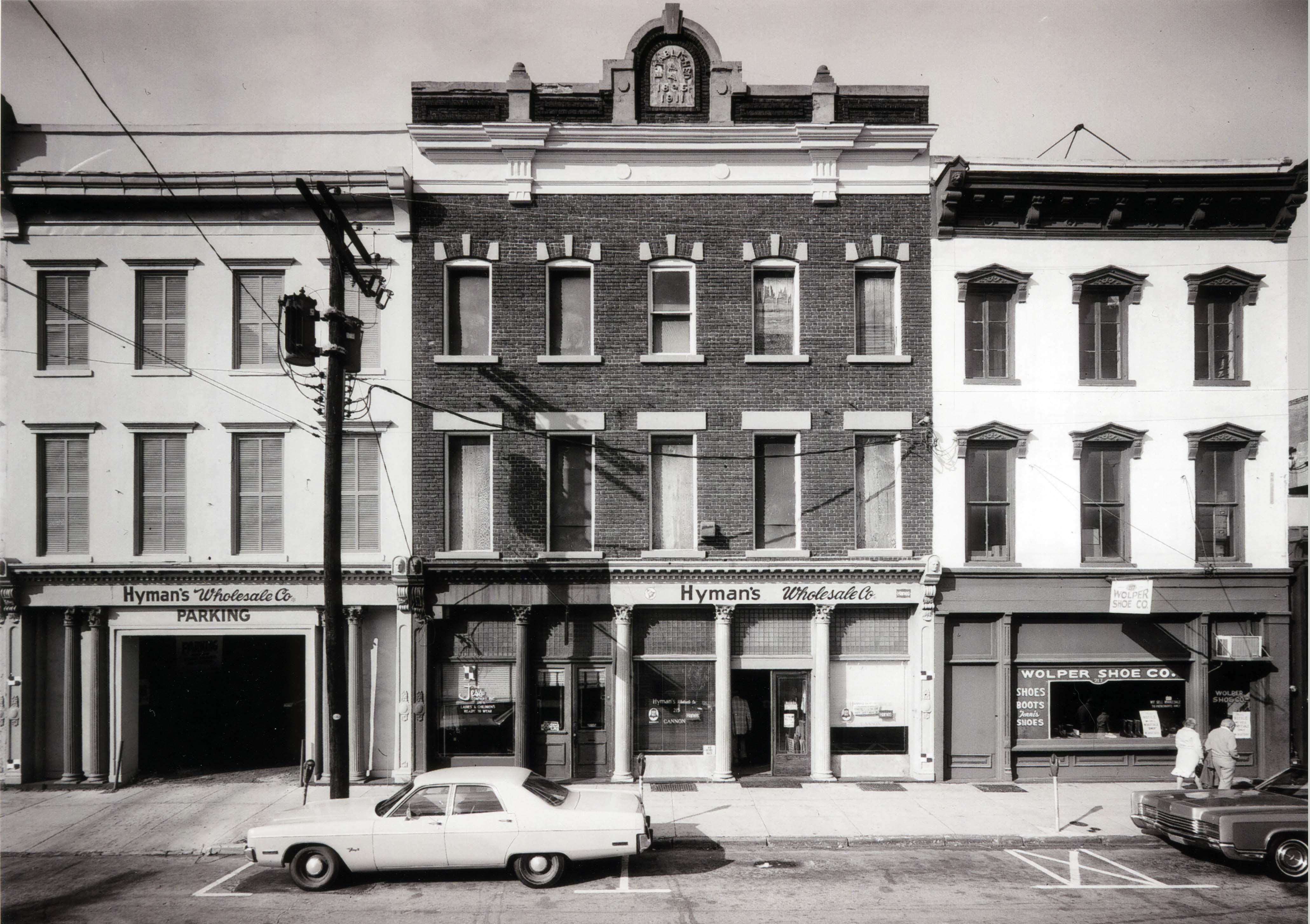