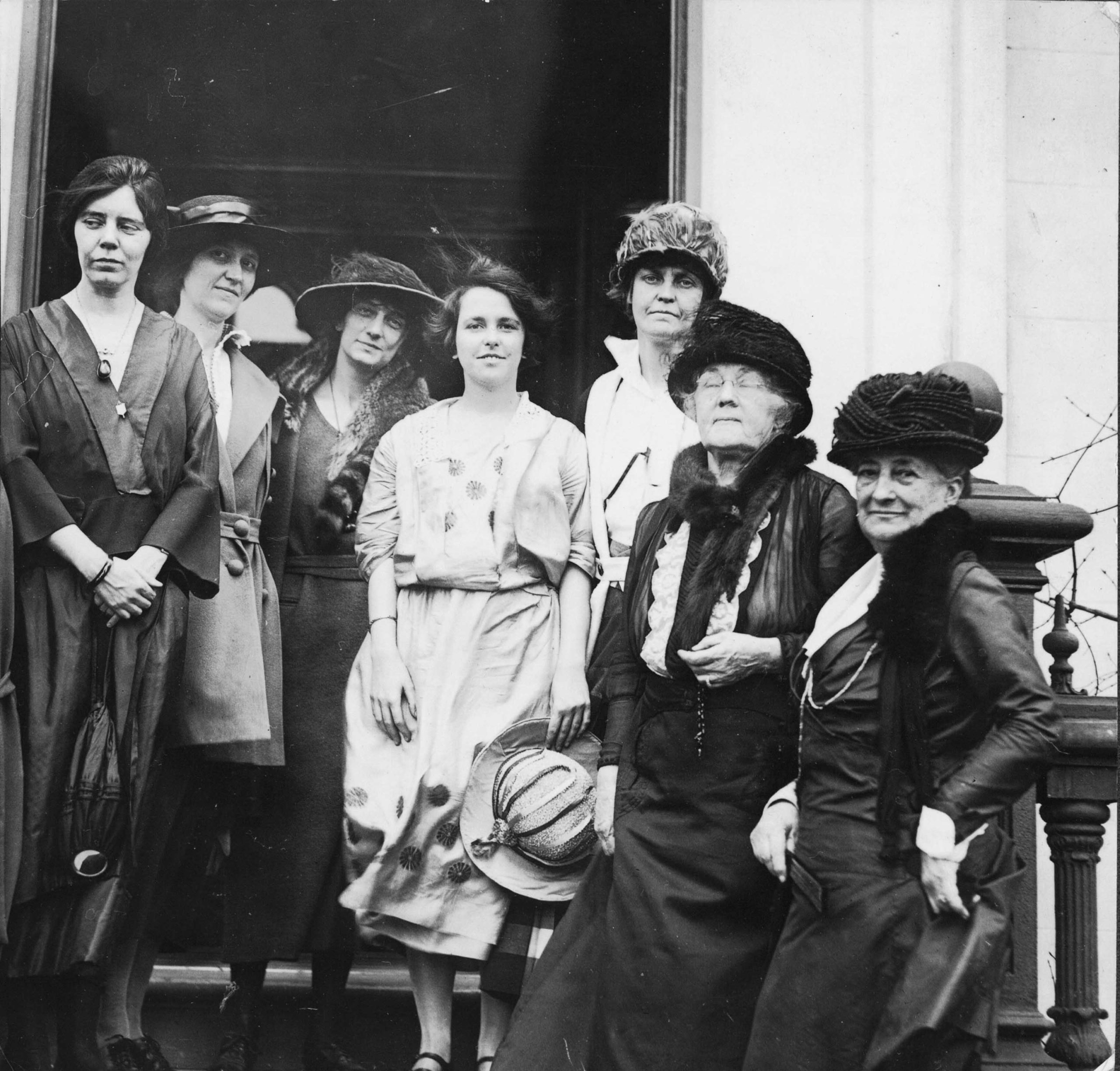 Carrie, Mabel, and Anita Pollitzer came from a prosperous Jewish family in Charleston, South Carolina. Their parents, Gustave and Clara Pollitzer, were active members of the city’s Kahal Kadosh Beth Elohim, the birthplace of Reform Judaism in America. Gustave was deeply involved in community affairs, serving on numerous boards and commissions. The three Pollitzer daughters reflected their father’s civic engagement, taking active roles in reform movements at the local and national levels. 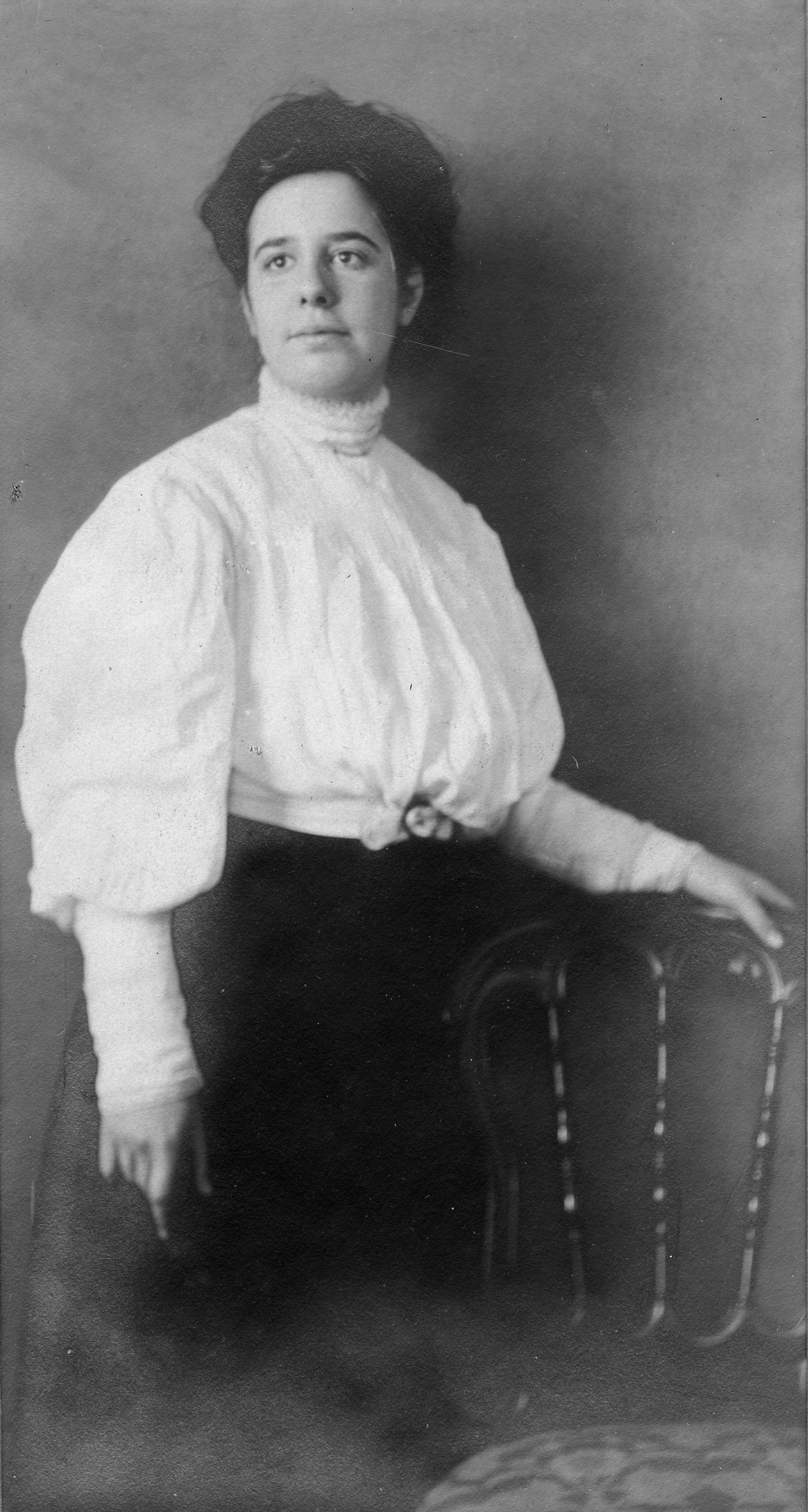 Carrie Pollitzer (b. 1881), the oldest of the three, established the city’s first free kindergarten program and worked for admittance of women to the College of Charleston, which was granted in September 1918. Mabel (b. 1885) taught for more than 40 years at Memminger High School, where she began the school’s first sex education programs. She also helped found Charleston’s first public library. The sisters’ interest in improving education was in line with the contemporary Progressive Movement, when reform-minded mayors like John P. Grace advocated for investment in public schools.

The Pollitzer sisters all became involved with the struggle for women’s rights. In 1915, Susan Pringle Frost founded the Charleston Equal Suffrage League with the Pollitzer sisters as charter members and Carrie serving as secretary and membership chair. Anita Pollitzer (b. 1894) was the most directly engaged with national efforts to gain the vote for women. Like her sisters and their brother, Richard, she studied at Columbia University, and it was in New York City that she began working with the Congressional Union for Woman Suffrage, created by Alice Paul and Lucy Burns in 1913. All three Pollitzer sisters were founding members of the CU.

Anita joined the national campaign in New York in 1915. In June 1916, the CU formed the National Woman’s Party, and, in January 1917, the NWP began to stage silent protests in front of the White House, calling themselves “Silent Sentinels.” The government’s initial tolerance for their picketing gave way after the United States entered World War I. Beginning in June 1917, suffrage protestors were arrested, imprisoned, and often force-fed when they went on hunger strikes. Anita Pollitzer was among those arrested in 1917.

The suffragists’ persistence and reports of their horrific treatment in prison, which was well documented in the press, began to change public opinion. In January 2018, President Woodrow Wilson switched his position and endorsed the vote for women, and, on May 21, 1919, the House of Representatives passed the 19th Amendment, known as the Susan B. Anthony Amendment. Two weeks later the Senate followed, and the NWP began campaigning for state ratification. Anita Pollitzer was deployed to Nashville, Tennessee, where a dramatic battle for ratification was playing out. 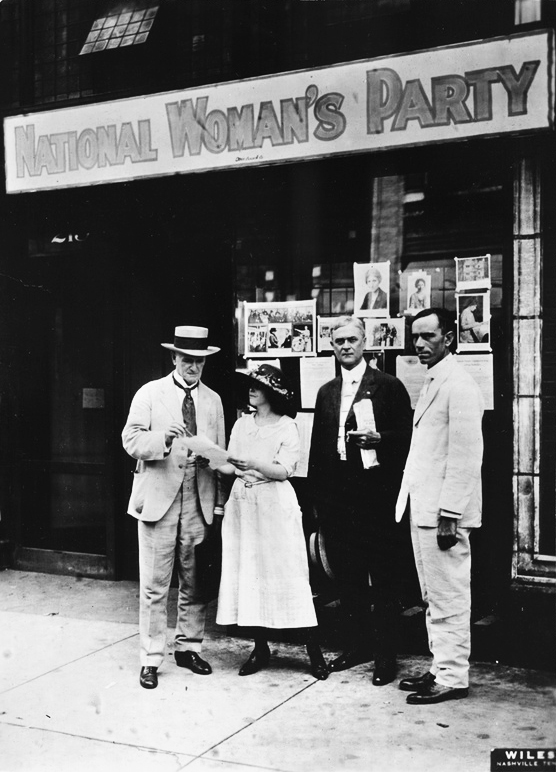 By March 1920, 35 of the necessary 36 states had ratified the amendment, and only Tennessee remained in a position to vote on ratification that year. Advocates for both sides spent the night before the vote in a Nashville hotel, lobbying legislators. Anita had dinner with a young member of the legislature named Harry T. Burn, and the next day he surprised his colleagues by casting the decisive vote in favor of the amendment. Although his support for women’s suffrage is often credited to a letter from his mother urging him to “be a good boy” and vote “aye,” it seems likely that Anita Pollitzer also helped to convince him.

In 1928, Anita married Elie Edson and settled in New York City. Edson was folksinger Pete Seeger’s uncle, and Seeger proudly declared his aunt “a firecracker.” Anita continued to work closely with Alice Paul, succeeding her as national chair of the NWP from 1945 to ’49. All three Pollitzer sisters labored for social reform for many more years, including advocating for passage of the Equal Rights Amendment—a fight that is still ongoing.

A century after women got the vote, in January 2020, Virginia became the 38th state to ratify the ERA. However, according to the New York Times, “Virginia’s decision does not seal the amendment’s addition to the United States Constitution. A deadline for three-quarters, or 38, of the 50 states to approve the E.R.A. expired in 1982, so the future of the measure is uncertain, and experts said the issue would likely be tied up in the courts and in the political sphere for years.” (NYT, 1/16/20) At this writing, South Carolina is one of the 12 remaining states that have not passed the ERA.